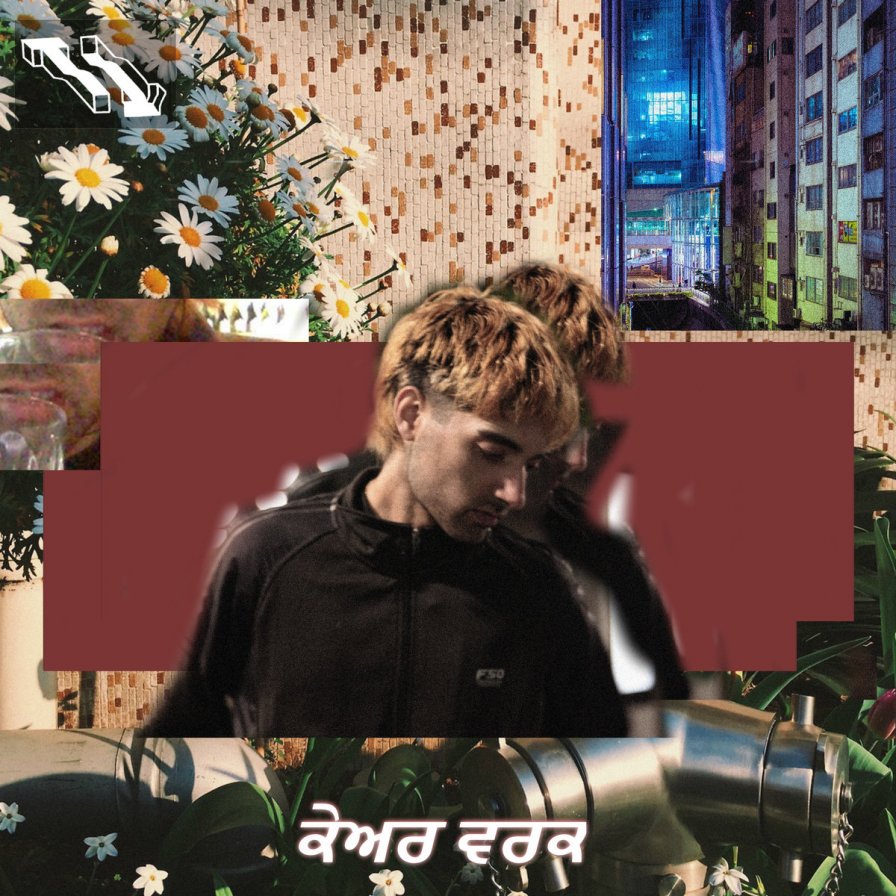 Symrun’s mixtape Care Work is a 10-track, 14-minute ode to a bedroom millennial generation, chockablock with cultural references but down on socio-political optimism. Sulphur-drenched streets, typified in the music videos for “Where I’ve Been” and “Betablockers,” linger for an out into the world, a disembodied practice lurching from the dark. India cricket top adorned in an almost nihilistic disidentificatory thrust, where neo-ethnocentrism fuels diasporic commercialism and cultural work lies ossified in its wake.

On the cusp; moody and abstract in a similar vein to label-mates Organ Tapes and Don Sinini, where SoundClound rap meets East Asian pop. Set before the economies of indie band circulation, the Sheffield-based artist also imbibes a Blood Orange-esque sensibility. If a post-indie vibe is insurgent, then the golden age of filmic optimism lies in pre-financial crash territory. Instead, a fragmented visual culture now litters a society boasting its post-industrial creative capacity. Creative labor finds itself in a social fix escaping the capture of commodity-relation while being driven by interests’ coterminous alignment with desire. Alienation rings true.

Symrun’s mumble-toned, downbeat, saturated sound is a contemporary product of that prevailing structure of alienated creative labor. But in its gesture of care work there lies a social revolutionary desire, something being called in through tone and aesthetic, as well as being desired verbally (Symrun’s 4-day-week ambitions). Similarly, the fragmented nature of the visual is complemented and touched upon by the accompanying digital booklet composed of a series of filmic collages at the cross between the abstract and the bodily.

Perhaps the bleeding edge is really a racial desire — that place of de/composition — where Asian life is being pushed into popular discourses on domestic work reflected by Symrun’s focused composition — on the laptop, in the bedroom — a scene developed perhaps in parallel and in conversation with post-rave culture. Saturated sounds of mumbling meditations operate as a sound-board for a social avant-garde, rooted in affective labor relations and poptimist failings. Composition acts, thinking with contemporaries like Jai Paul, as an agglomerating cipher; a refracted vision of the present state awash with bend and color; popular, prescient, and precise.

Going High: An Interview with Peyton