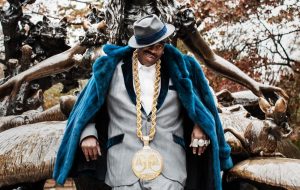 Slick Rick has
been there, done that, and got the T-shirt – or in his case, the
velour gown. Throw in a crown, an excessive amount of jewellery and
his trademark eyepatch, which covers an eye injury that resulted in
him being blinded as an infant, and you’ve got one of rap’s
most instantaneously recognisable characters.

Considered hip-hop royalty after more than 30 years in the game,
Rick may have found fame in the US signing to rap powerhouse Def
Jam Records and releasing his classic 1988 debut album ‘The Great
Adventures of Slick Rick’, but he was actually born in Mitcham,
London.

During a brief visit back to the motherland, NME caught up with
Rick in Lambeth to talk about his legacy, whether he considers some
of his lyrics to be misogynistic, Brexit, and why now, for the
first time in 20 years, he’s releasing new music.

It’s been 31 years since you released your debut album, ‘The
Great Adventures of Slick Rick’ and you’re still rapping and
performing at 54. What is it that keeps you going?

“I guess it’s my metabolism. I still have that youthful
energy, so until that wears down I’m just going to keep on
going.”

You recently dropped a pair of singles, one of which is ‘Can’t
Dance to a Track That Ain’t Got No Soul’. What made you make
that particular record?

“It’s like an instinct when you know you’re not getting
satisfaction from what you see and hear on the radio and the TV.
It’s about being in the industry and labels offering you stuff to
rap on or perform on and it’s not up to your standards. So it’s
like saying to the record executives in a humorous way: ‘I
can’t dance to a track that ain’t got no soul and I can’t rap
to a track with no soul. We’re defeating our purpose here. I
thought this was about making money not losing money. We
shouldn’t be shelving rap culture.’”

In the video you feature both Miles Brown from
‘Black-ish’ and Kida the Great of ‘World of
Dance’ fame. While they quite clearly respect hip-hop
culture, do you think the youth respect it as much as they perhaps
should?

“I don’t really pay attention to it because it’s not
really like that. Whether they pay attention or not has nothing to
do with how the culture goes, it’s just about maintaining
relevance. You can’t force the youth to appreciate something. You
have to maintain a relevance and then they’re intrigued. Like
some people have that capability to maintain relevance and intrigue
and some, you know, fall by the wayside or just lay in the cut with
their classics.”

But it’s important to
remind people of where this thing started, surely?

“It’s important to try to maintain the essence of hip-hop.
If you steer too far away from the root, the seed, you know, the
culture, or you get too far up in the clouds with the suit and tie
element then you’ll lose what it was. You know what I mean?

“It was really just an underground fun thing for kids who talk
like this. Not like they’re in class, or in a situation, or
looking for a job, or any of that type of shit. It was a relaxing
atmosphere. So while we maintain that relaxing element the youth
today still represents by bringing a modern element to it. So
anyone my age or below is a child of hip-hop.”

With the release of your new single, does this mean there is a new
Slick Rick project on the way?

“Yeah, there will be two new projects coming next year.
That’s all I’m saying about them at the moment.”

You’ve released four albums across your career, but you haven’t
put anything out in the last 20 years. Do you regret not releasing
anything in that time?

Is there a particular reason why you haven’t?

“If you’re not inspired, then you know, you just chill. But
if you’re inspired, then get your paintbrush and get to painting
and then if you feel it’s ready to be exposed then expose
it.” 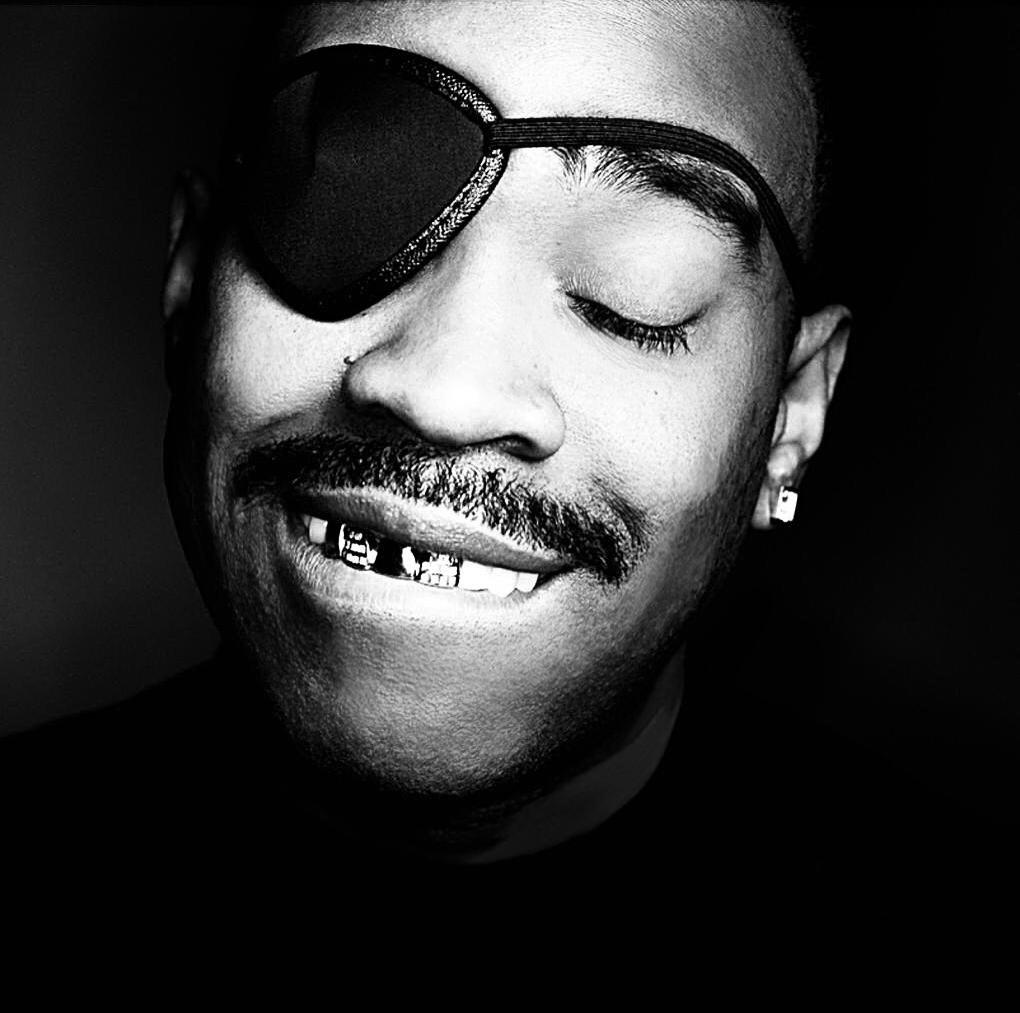 Slick Rick is celebrating 31 years since the release of his
classic debut album, ‘The Great Adventures of Slick Rick’.

You’re regarded as one of the greatest storytellers in rap. Who
are some of your personal favourite rap storytellers?

What about from the new crop of rappers?

“I don’t really hear too much storytelling to be
honest.”

From Snoop Dogg and
Jay-Z to Black Rob
and Onyx, your music has
been sampled, remixed and interpolated so many times. Do you have a
favourite?

“I liked the Lost
Boyz version of ‘Hey Young World’ (‘Love, Peace &
Nappiness’). I loved the Snoop one (‘Lodi Dodi’), that was
big. The Biggie
Smalls one (‘Hypnotize’) was big. Those ones stood out the
most to me. I can’t think of one I didn’t like.”

It must be nice that
people want to give you props?

“Yeah, the props are nice – the chips are too.”

“Yeah. Plus, it keeps your name relevant for different
generations of hip-hop.”

Speaking of your name, was it in any way inspired by Rick James, who used to
call himself Slick Rick sometimes?

“I used to call myself MC Ricky D when I was younger and when
I met Doug E. Fresh he gave me the name Slick Rick. He just kept
saying ‘Slick Rick. Slick Rick,’ and so it just stuck. So it
could be, I’m not sure. You’d have to ask Doug E.”

When you and Doug E.
Fresh made ‘La Di Da Di’, did you think it was going to be as
iconic as it ended up being?

“It was just like another record to me. When we were wondering
around doing ‘La Di Da Di’ it wasn’t even a record yet. But
it started getting recognition around the way so we made a
cassette. People then got hold of the cassette and it was that
cassette that ended up playing on the airways, not a record. So it
was the cassette that got us so much popularity on the
airwaves.” 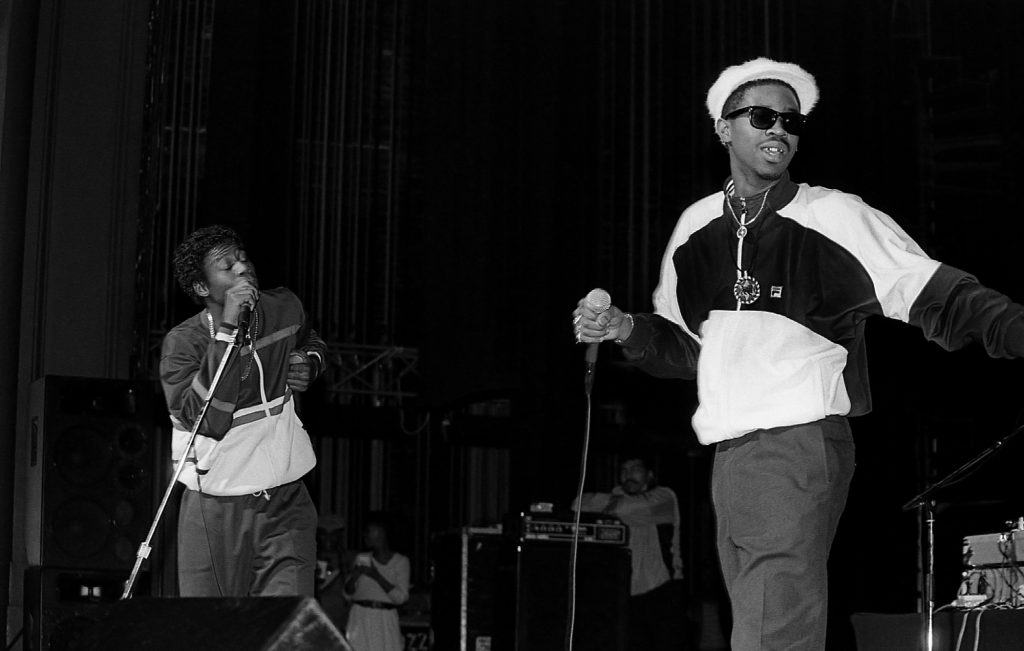 And then the rest is history?

“Yup. [The label] saw how much money they were losing by not
recording it and they put us in the studio and we made it into a
record and that’s how it took off.”

‘Treat Her Like A Prostitute’ garnered a little backlash when
you released back in the late 1980s, but have you ever thought
about what it would be like if you had released it now in the age
of social media and #metoo?

“Well, social media is always going to be social media. It
just depends on how you choose to interpret something. If you
interpret it as misogynistic you have the right to your opinion.
But if you’re from the element, the culture, the essence, you
know it’s just humour and fun and entertainment. Maybe you’re
just not familiar with it. So I don’t believe that the culture I
come from took it as overly misogynistic, I thought they took it as
three humorous stories about infidelity or whatever, like an angry
comedian.

“I thought it was hilarious. In fact, the culture thought it
was funny. So we don’t care if somebody that’s not funny, that
doesn’t have any personality lays out their opinions on it. You
are irrelevant, but you think you’re more relevant than you
really are. You’re not funny like this guy so who cares about
your truth? You’re not bringing anything to my life. You’re not
bringing joy to my life, substance to my life. You’re just giving
me opinions to cut what I find enjoyable in my essence off because
you feel it doesn’t meet your boring irrelevant standards.”

You witnessed Def
Jam’s meteoric rise first hand as its third signing. Recent
reports claim DMX and
LL Cool J recently
resigned with them. Do you think it still has the same clout as a
label that it once did?

“Yes, I do. They have a certain high holding as an American
rap organisation. So if you want to talk record labels and stuff,
if you want to go that route then they have the exposure, they have
a lot of power, they have a lot of influence.”

As someone who was born in the UK but lives in the US, have you
been paying much attention to Brexit?

What are your thoughts?

“I think the European Union is a good thing. It unites all of
Europe to have one mind, one soul, and it keeps the morals and
principles together. And then when one breaks away, I don’t get
the logic of it. I don’t see why you would want to break away
after preaching that whole one world thing. So in breaking away
from it, it seems like there’s something fishy about it. It’s
like I unite with you and then I sneak away from you and then I’m
going to try and control you.” 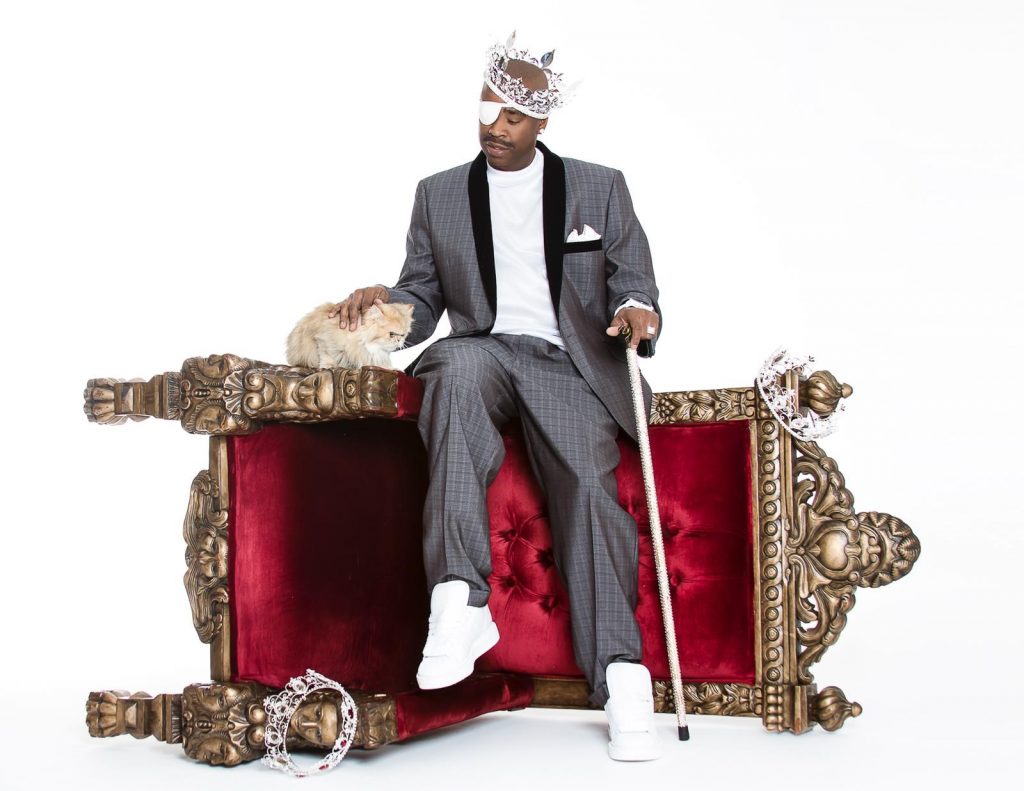 Slick Rick was the third artist to be signed to hip-hop
powerhouse Def Jam Records in the 80s.

“I think that they’re all connected so I’ll leave it like
that.”

What about UK music, do you pay attention to that?

It must be crazy for you to now see the British hip-hop scene
celebrated in the US, because back when you first got in the game
it wasn’t something American rap fans really paid attention to.

“I’ve never seen it as a separate thing. To me, hip-hop
started in New York, in the Bronx, and that’s always going to be
the root. But then it mushroomed into a worldwide hip-hop ambiance,
an essence. So I see it like that. I see it as one big tree made up
of young modern humans who are into the lingo, vocabulary, essence,
dress code, swag, interaction. It’s like there’s an invisible
connection sharing the same truths with low-income areas making an
impression on higher-income area kids and becoming one voice
together – each one, teach one type of stuff.”

You’ve always been known for having an on-point jewellery game,
but here’s the ultimate question: gold or platinum?

You can’t choose both…

“It depends on what you’re wearing. If I had to choose, I
would go with platinum and ice, not just platinum. Ice on white
looks better than ice on yellow, which is gold. So they both have
to have ice on them in modern day. But the thing now is rose gold
looks good with ice too. It gives it a modern flavour. Rose gold
flooded with ice is modern, so it could stand up to platinum with
ice. Now you have a variety, it’s always good to have
variety.”

Slick Rick’s ‘Can’t Dance To A Track That Ain’t
Got No Soul’ is out now.

The post
British rap legend Slick Rick on Brexit, misogyny in music and his
20 year absence from music: “If you’re not inspired, then you just
chill” appeared first on NME.

Source: FS – News – Music
British rap legend Slick Rick on Brexit, misogyny in music and his 20 year absence from music: "If you're not inspired, then you just chill"

The Motorola Razr flip phone is back